When I bought my 2012 Kia Sportage SX AWD, it was the car I’ve always wanted.  Fast, fun, good sound system, looked great, tons of features.  It was significantly better loaded than my 2011 Sportage EX was.  But, as I was driving it, I would always hear a rattling noise coming from the engine bay.  It sounded quite a bit like Detonation Noise.  I was also getting less than satisfactory gas mileage, but that’s already been addressed in a larger lawsuit.

At my first oil change, I brought up the concerning noise to my dealer, Feldman Kia.  They took a look at it, and told me it was normal noise.  They told me the direct injection system is loud, and that’s what I was hearing.  I told them I wasn’t hearing ticking, I heard a tinny rattle.  They did not care, and would do no further diagnostics.  Attached is the service record. 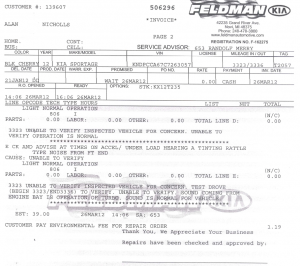 So, I have my bases covered if anything happens in the future, right?

I picked up a uhaul trailer, so I could haul a couple of long boards home from Home Depot.  The Sportage was rated for 2000lbs, and the trailer was 1600lbs, no big deal.  This is what I bought the Sportage to do.  Haul light stuff.  I get a few miles in, and BAM!  I hear a terrible rattling sound, and I lose almost all engine power.  I had to unhook the trailer and leave it.  I limped it home, and called the dealer in the morning

Since I had lost faith in Feldman’s mechanics, and Glassman Kia has treated me good in the past, I decided to take it there.   They took a look at it for me, and found that all of the spark plugs were melted/blown apart.  They decided that new spark plugs were the key to fixing it.  No further diagnosis on why the plugs melted.  They test drove it, it worked, and they called me to come get it.  When I came to pick it up, I asked what caused the spark plugs to get destroyed.  Stephanie didn’t answer, but replied with “We test drove it with the new spark plugs, and it works fine now”.  She also told me that if I wanted more diagnostics, I would have to pay for them out of pocket.  Knowing exactly what was going on with my engine, I politely said “So, this thing is coming back on a flatbed soon, you do know that, right?  If the engine is detonating, it’s only a matter of time until it destroys itself”.  She dismissed what I said, and left.  The car only has 5,600 miles on it at this point. 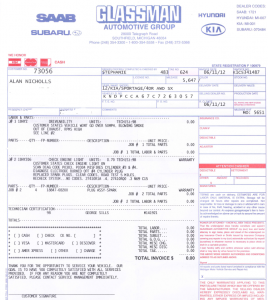 So, my wife and I have a vacation planned in early July.  We go camping all summer, so we’ve towed many times.  We had an 8′ long Keystone Camplite trailer.  It’s only 1,155lbs.  It’s so light, that my 2011 Sportage towed it thousands of miles, and so did my old Dodge Caliber.  The 260hp turbocharged beast shouldn’t even notice it.  That was the entire point of buying the turbocharged one.  More towing power.

So, we pack our food in the camper, some games, the dogs, and head out on our way.  We barely make it 5 miles, and that exact same horrible sound comes from the engine, and I lose power again.  This time, I’m on the freeway, in heavy traffic, on a ramp, merging into another freeway.  There was nowhere to pull over for a mile, and I had to cross 3 lanes of traffic, with no power.  We get it pulled over, and I call Glassman Kia again.  I told them that it did it again.  They told me to take it to them.  So, I start it back up, and slowly merge back onto the freeway.  This time, it lasts about 30 seconds, and the engine completely quit.  I called Glassman back, and told them to send a tow truck.

Back at the dealer, we waited a couple of hours.  They found that cylinder 3 had no compression, and the spark plugs were destroyed. 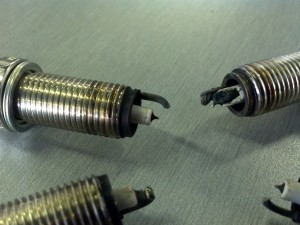 They then inform me, that they’re not going to fix it, and the engine is toast.  Kia is denying the warranty, claiming the camper was too heavy for the car.  The Sportage is rated for 2,000lbs.  Kia says it can only tow 1,000lbs with no trailer brakes.  The manual does state that the 2.4L requires brakes, but makes no mention of the 2.0 turbo.  The brochures, online technical information, and manual, all state 2,000lbs.  Besides, a lack of trailer brakes cannot hurt an engine in any way.  It can only increase stopping distance, and warp rotors. 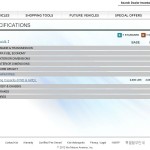 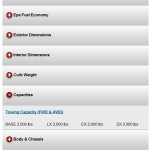 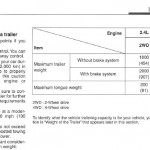 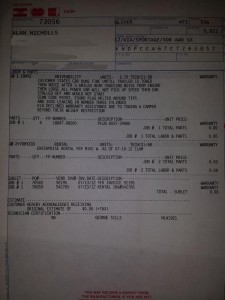 But, Kia stood firm.  And the car sat for weeks.  I contacted Kia customer support, the BBB, and began talks with attorneys.  After threatening to sue, Kia did reach out, and offer to fix the vehicle.  But, it was a good faith repair, not warranty.  Meaning, I have to admit fault, waive my right to sue,  agree that I could not tow again, and allow them to change the warranty agreement.  I could not do that, because if it happened again, I would be up the creek, without a paddle.  I also bought the car to tow with!  It’s worthless if it can’t tow.

We decided to sue, under lemon law.

Kia has delayed the process in every way they can.  It took them over a year just to inspect the vehicle, and even longer to get a deposition.  They never return my attorney’s phone calls, and they have been recording my every word I post about it online.  They blocked me on their social media, and attempted to label me as a spammer, when I comment on their Youtube videos.  They’re trying to cover it up, and brush me off.

A year and a half later, Glassman Kia is angry.  My car is still sitting there, and all of a sudden, they want it gone!  I’m forced to tow it home.  George Glassman, the owner, personally called me to tell me to remove it from his property.  When I look at it, the windshield is now cracked, and the drivers side wiper arm is bent, and removed.  Thanks Glassman.  The engine was broken, not the wiper arm.  Well, now it’s broken. 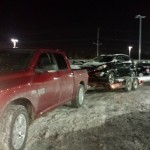 I’m tired of waiting.  I took the engine apart myself, and found the damage.  A burnt exhaust valve, and valve seat.  I’ve seen burnt exhaust valves in my day, but never like this.  This valve looks like someone hit it with a welding torch! 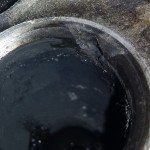 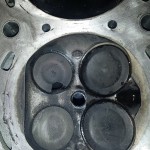 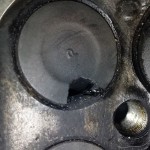 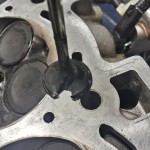 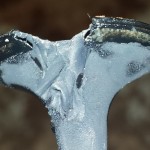 As you can see, I don’t think trailer brakes had anything at all to do with the engine issue.  It’s completely fuel delivery related.  It’s either leaning out, or the injector is leaking.

I ordered all new OEM parts, had a new valve seat put in, new valve, new headgasket, the works.  I also took the tow package off of it, just so Kia couldn’t whine about that.  It fired up, and ran good.  I drove it for a couple of weeks, no check engine lights came on.  Well, they never did in the first place.  Not until the engine died.

So, I decided to take it on a trip across the state.  It made it, with no issues.  The gas mileage wasn’t great(23mpg), but we all know Kia lied about that.  My Ram 1500 gets about the same mileage, and it has a 5.7L V8.  On my return trip, about halfway home, the engine suddenly makes a HUGE bang, and completely shut off.  Now, it’s 5am, it’s dark, and I’m going 70mph.  The headlights shut off, the power steering shut off, all of the gauges shut off, and the power brakes wouldn’t work(NHTSA safety complaint has been filed).  I manage to wrestle the heavy steering wheel, and get the car pulled over.  VERY dangerous, considering there were other cars around, mine is black, and it’s still night outside.  NOBODY could see me, and I was almost hit several times.  I couldn’t just turn the key to start it, it’s a pushbutton ignition, and it will not start if you’re moving.

I pulled over, and it started back up.  I start to accelerate to merge, and I have very little power.  I didn’t even get back up to 50, before the engine completely died again. 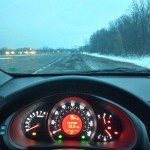 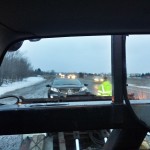 I had to tow it home.

Here’s what it sounds like when it tries to start. http://youtu.be/hAHEaQSVDxY

After consulting with my attorney, I had it towed back to the dealer I bought it from.  Feldman Kia.  When the new service manager called to get warranty clearance, Kia told him to not touch that car.  Considering this is a new issue, completely denying a warranty claim is illegal.  I ended up paying out of pocket, to do a diagnostic.  They found that all 4 cylinders were low on compression.  But, cylinders 1 and 3 were the lowest.  There was a significant amount of gasoline in the oil, and it had scorched the cam bearings, and burnt up the piston rings.  We can assume that the rod/crank bearings are toast too.  It seems as though the pinging may be related to leaky injectors.  If there is a lot of gas in the oil, and the cylinder that burnt the valve, has the lowest compression, it only makes sense to assume cylinder 3 has a leaky injector.

As it stands, we’re looking at yet another lawsuit, additional to the one that is pending.  Hey Kia, I know you’re reading this!  Do you want to spend over $100,000 defending yourselves?  All I ever asked for was a refund, under lemon law.  I’ve already spread the word to dozens of connections and friends.  They’re no longer interested in a Kia.  Hundreds of people on the internet have read my reviews, and are no longer interested.  How many millions in sales do you plan on losing to competitors because of this?  I am currently pursuing a full engine replacement for the Sportage.  And if I put the money out for that, I’m putting a body wrap on it, with the story, links, QR codes, and I’m buying it.  So I can park it out by main roads, for years to come.  Every sale lost for you, is more leverage for you to do the right thing, and take back your lemon, and refund me.  I never asked for damages, or anything over the cost of the vehicle.  Yet, you still string the case along.  I can afford the payment.  And as long as I can afford the payment, it will be a rolling billboard against Kia.

Keep it up Kia!  It’s only going to hurt you in the end.  I’ll be publishing more, spreading the word, and pulling sales, for as long as I can.

11 thoughts on “The Full Story”

A blog about Kia quality